Out this week is the latest Issue of the Australian Camera Magazine which features an article I wrote for them about the beautiful Tarkine region on Tasmania’s West Coast. The story begins on page 26. The magazine features one of my Photographs in the background of the front cover which is driftwood at the mouth of the Arthur River with an approaching storm. The four page feature is part of the Photogenic places that has been running in the magazine for a number of years and to date this series has featured six articles by me. Later in the year there will also be a feature by me in this series on the area around Benalla in Central Victoria. 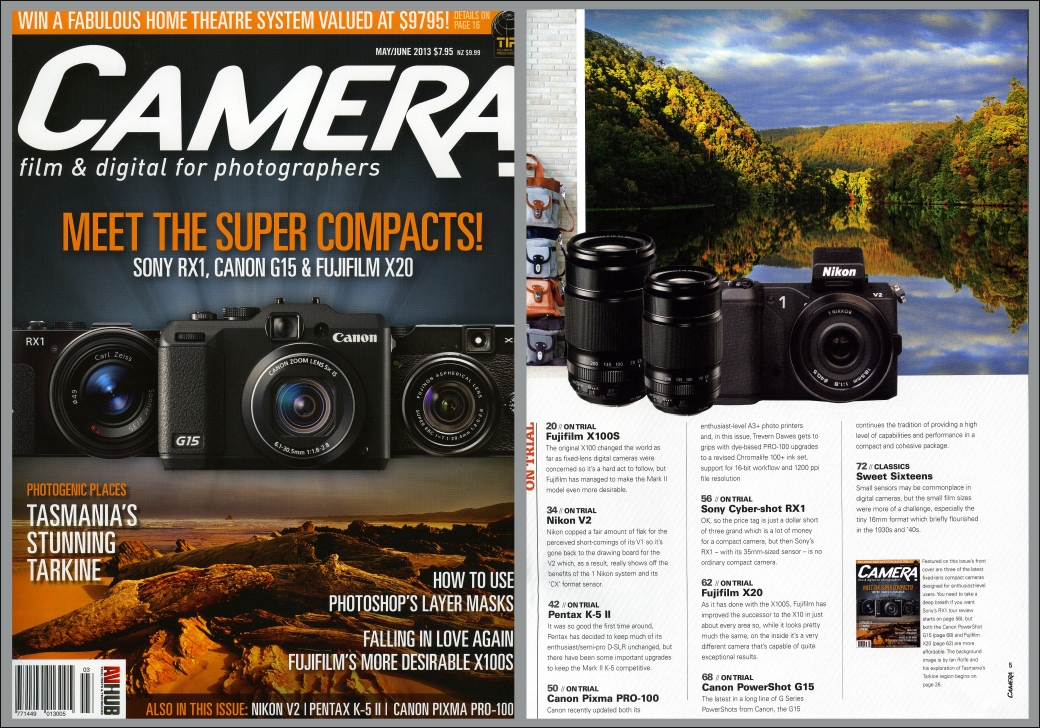 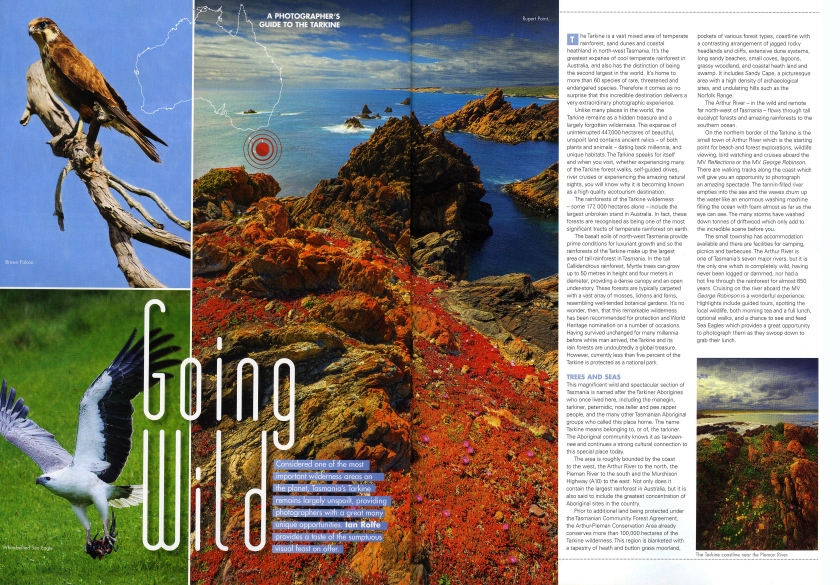 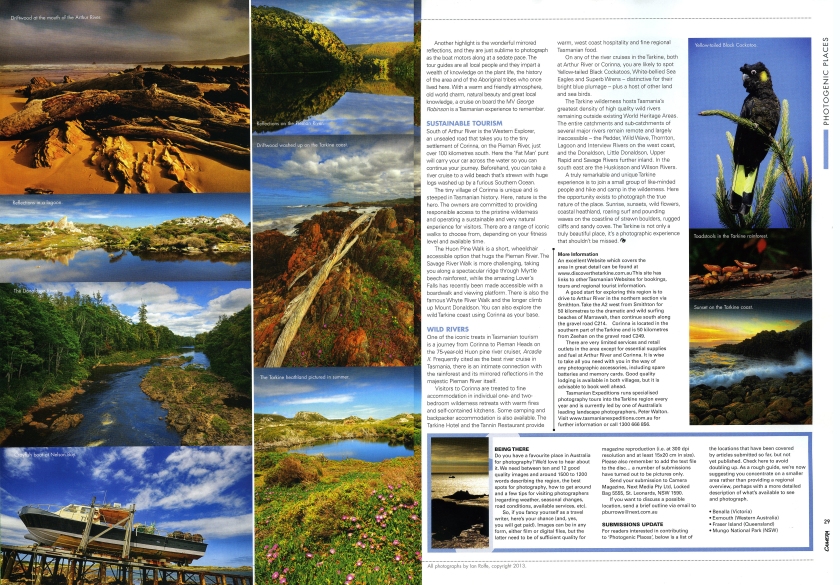